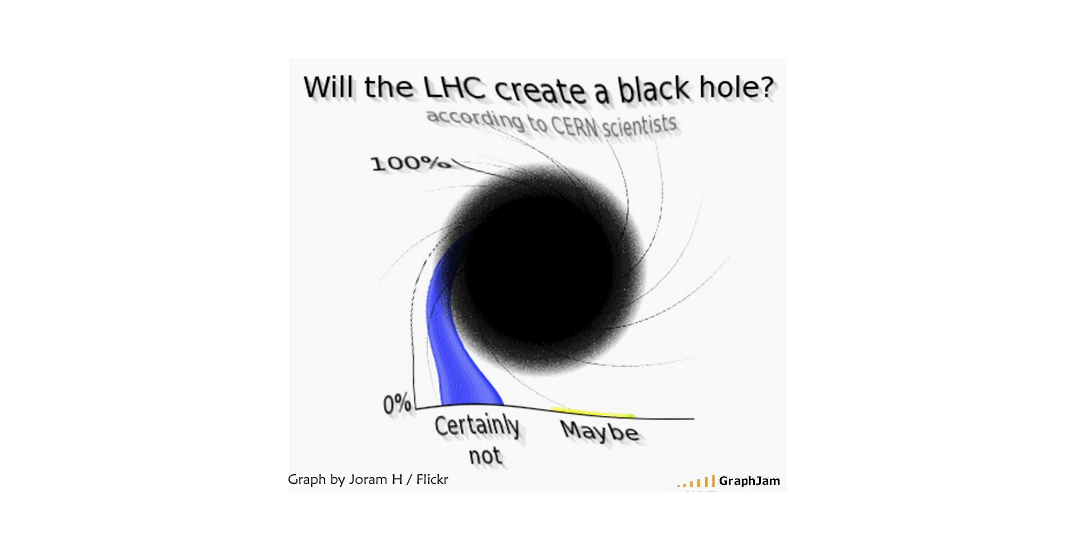 Science is still learning a lot about black holes. In recent years, the science literature contains references to primordial black holes and micro black holes. For Mass Vortex Theory, the initial black hole is an actual hole in space. This idea is non-standard.

A hardship of the intellectual path towards understanding the singularity at the heart of a black hole is that it requires a new approach to geometry and physics.

The current academic definition of “space” as “the set of all possible points” is counter-productive. Space is fundamentally different from points, lines, planes and other n-dimensional figures that can be observed within it. Space is present between unique points. It is not composed of points.

A more proper model that helps to understand physical space is as follows. Picture an ideal block of homogeneous, clear, jelled gelatin; and imagine a syringe filled with brewed coffee. Now insert the needle of the syringe into the gelatin and inject some coffee. Where the coffee first enters the gelatin mimics a point. A line would be a path filled with coffee between two unique points. The coffee symbolizes pure mass, which I call massfluid. The gelatin symbolizes space. Where pure coffee is, there is no gelatin; pure gelatin does not contain coffee. It is the interaction or interface between the gelatin and coffee that has a geometric interpretation. Similarly, the interaction or interface between pure mass and space leads to the perception of a particle, a wave or a field (in the physics sense of these terms).

A black hole is where pure mass is present and is exiting space. The size of a black hole refers to the rate of the massfluid that is exiting. It is not the case that a black hole is larger in the sense of occupying a larger area of space, because there is no space present in a black hole, just pure mass. [The measurement of distance, area or volume is an activity that has meaning with respect to space, not with respect to mass.] From a geometric point of view all massfluid sinks are point-like.

In this unconventional physics theory, a black hole is a sink (for this physics term think of a kitchen sink with a drain-hole where water exits). The sink associated with a black hole is filled with mass exiting space into a reservoir of pure mass that is present in a different non-spatial dimension (i.e. outside of space). Mass flows into space via tiny holes associated with up quarks in the nucleus of an atom. Massfluid flows from quark entry-points to exit points at: a) down quarks, b) electrons, and c) black holes at the center of stars and galaxies. [The exit points at these three scales of distance are what produce the experience of three spatial dimensions.]

This new approach to physics is a lot to deal with and assimilate; so, for now, feel free to use the idea of a black hole that you already have.

You will NOT be able to see a black hole.
1. As a big drain (or sink), particles are swirling around the “hole” in tight circular paths moving with high energy, so they luminesce (i.e. give off light). This is why the center of spiral galaxies — which have a black hole at the center — glow so brightly in space.
2. Where the hole is, light waves do not behave the way we need them to in order to see something. Artist attempts to show a black hole are misleading; which is why the image above is shown as an indicator of our topic, but not an attempt to graphically show a black hole.

Mass Vortex Theory does not explain how the black hole at the beginning or our Solar System became present, it is a “given” of the theory.

My theories are described in the following documents: